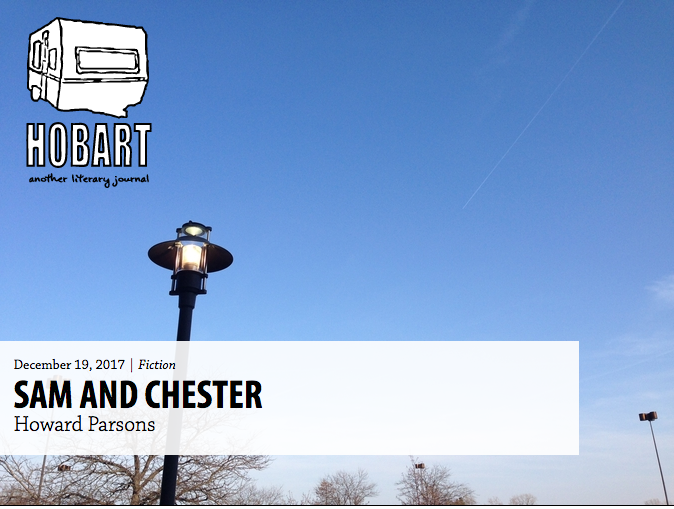 Hey ya’ll Howard had a story published over at Hobart recently. Called “Sam & Chester” Why don’t ya go give it a once over if the notion takes ya.

They went and stood by the Dutch Wheel for a while. Sam bought a funnel cake with whipped cream, powdered sugar, chocolate syrup and sprinkles. Bobo the Clown called Chester a little big ear boy and goat wrestler. Sam called Chester a little big ear boy and a goat wrestler. A girl scout in uniform sunk Bobo’s ass on her first throw. Chester bought a lemonade and mixed in some of the wine. It wasn’t very good. Sam and Chester leaned on each other. When the girl scout sunk Bobo a second time, he said into the microphone that he was going to tell all the little ugly boys at school that she liked them.